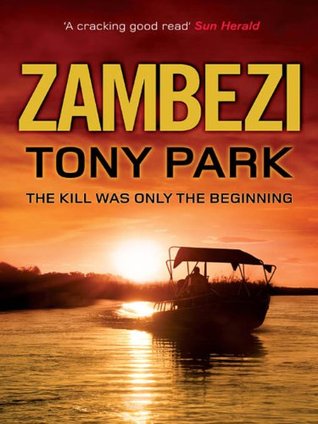 Synopsis (Goodreads): When a young American research assistant is killed by a lion, three people are devastated – Jed Banks, an American Special Forces soldier serving in Afghanistan; Professor Christine Wallis, a wildlife researcher in South Africa; and Hassan bin Zayid, a hotel magnate in Zambia. The victim, Miranda Banks-Lewis, was their daughter, protegee and lover respectively. Desperate to find out what happened to Miranda, Jed and Christine set out on a perilous journey of discovery. Forced to pit themselves against the continent’s dangers, they will also learn shocking truths about the woman they thought they knew.

There are many arguments for not finishing a book once you’ve started it, and while I acknowledge and accept them, I rarely give up on a book once I’ve started. There are exceptions I can count off on one hand, and this book I have to say came pretty darn close. It is a definite candidate for the worst book I have ever read (although Outlander still edges it out on certain levels), so let’s just say this review is going to be my good deed for the day because if I can spare you the pain of reading it, I consider my job done.

I’m going to struggle to keep this from turning into a full-scale rant, so I apologise in advance if it does descend to that level. When this book was recommended to me and I read the synopsis, it did appeal to me – Zambia is a country I recently visited and fell in love with, especially the sunsets on the river. I therefore welcomed the chance to revisit the country in literary form, hoping this would be adventure fiction of the Wilbur Smith variety (big fan!). After all, good authors and well-written books can really evoke a sense of time and place, reading being a means of going places when we have to stay where we are.

Sadly, it was not to be. The writing was terrible with over-explanations and irrelevant detail that got in the way of the pace of the plot, and was equal parts awkward and irritating. Little or no credit for intelligence was accorded to the reader – it almost felt like the author was writing for an alien from outer space. The icing on the cake (and honestly speaking the point at which I should have stopped reading) was when I realised that the voices of one of the characters in the book was that of the lions. Uhm…W.T.F? The other characters didn’t fare any better. They were two-dimensional and unimaginative stereotypes – your atypical US Special Forces soldier, an undercover CIA agent cum lion researcher, an annoying but idealistic reporter and a Muslim terrorist.

In persevering however, I did get a lot of practice rolling my eyes, especially as the plot got ridiculously twisted and I kept feeling bogged down in verbose and irrelevant over-explanatory flashbacks. The author did manage to wrap up everything really neatly all things considered over the last 80 pages or so, although even there I felt like as much as he wanted to pick up the pace toward an exciting climax, he could have maybe done it in 50 fewer pages? The bad guy gets eaten by lions, the good guys live and find love, and live happily ever after. Sorry – was  I supposed to say spoiler alert?

Clearly, I’ve also failed in my attempts to not descend into a rant, but there you have it. Avoid.